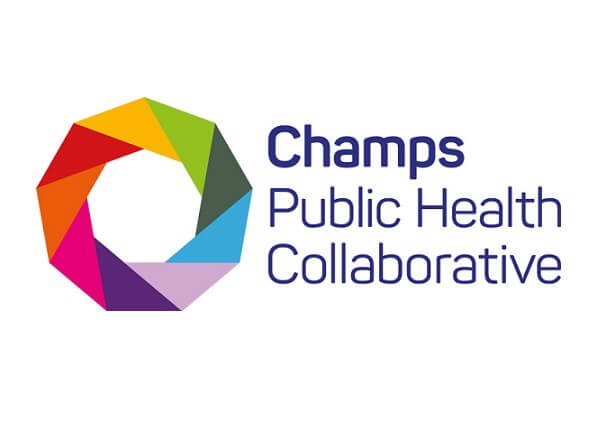 Champs is a public health collaborative for Cheshire & Merseyside led by The Cheshire & Merseyside Directors of Public Health Executive Board. The collaborative enables each local authority to benefit from: maximised economies of scale, increased impact of collective work, cross-organisational commissioning, shared expertise, reduced duplication and the sharing of best practice and professional development.

Champs provide the governance and accountability of the Cheshire Merseyside Suicide Prevention Network. The Cheshire & Merseyside Suicide Prevention Network was established in 2008 to seek greater co-ordination of responses to and understanding patterns of suicide and to ensure suicide reduction activity remains high on the agenda of public health and local partnerships. The Network has facilitated joint working and is regarded as a national example of good practice.

The NO MORE Suicide Strategy for Cheshire and Merseyside 2015-2020 was updated in 2017 to increase the focus on inequalities, men, children and young people, self-harm prevention and safer care. www.no-more.co.uk

What is our vision? Cheshire and Merseyside is a region where suicides are eliminated, where people do not consider suicide as a solution to the difficulties they face.  A region that supports people at a time of personal crisis and builds individual and community resilience for improved lives.

What is the aim of this document? This strategic document sets out to be bold, ambitious and innovative, to raise awareness about suicide and to create a momentum for change that eliminates suicides for the Cheshire Merseyside Region.

What do we plan to do? Suicides are not inevitable. There are many effective ways in which services, communities, individuals and society as a whole can help to prevent suicides. The key objectives of this strategy are:

A. Cheshire and Merseyside becomes a Suicide Safe Community

B. The Health Care System transforms care to eliminate suicide for patients

C. Support is accessible for those who are exposed to suicide

The implementation of the action plan is strategically led by a Partnership Board, co-ordinated by an Operational Group and by 9 local groups for each LA. The network is supported by the Champs support team.

The NO MORE Suicide Action Plan will sustain and accelerate progress through:

• Leadership – To ensure that the NO MORE Suicide Strategy and the underpinning nine local authority plans meet the PHE Guidance, sustain the Suicide Safer Community standards and are effective in achieving outcomes.

• Prevention – Preventing suicidal behaviour in the first place is our goal. We know that men and those from more deprived neighbourhoods are less likely to seek help and that stigma can stop people voicing their concerns. We will continue to increase awareness of suicide risks and suicide prevention through campaigns such as Time to Change, and a tiered approach to training for the general population, the education sector and community services and the health sector.
We will explore ways of enhancing the provision of community based suicide crisis care. Our sub-region is fortunate to have James’ Place, a non-clinical centre in Liverpool, for men experiencing extreme depression and suicidal crisis.

• Safer Care – The National Confidential Inquiry (2016) reported on evidence that helps in identifying what works in lowering the suicide rate both in mental health services and across healthcare generally.

The three Mental Health Trusts in our sub-region are utilising a sector-led improvement approach to implement the NCISH 10 key elements. A benchmarking audit and shared learning programme is in place. A Primary Care Pilot is underway in two localities with the highest suicide rates to test out the implementation of the 4 NCISH elements for Primary Care.

Self-harm prevention – A sector-led improvement programme across the nine local authorities is being implemented. A ‘Case for Change’ report on self-harm prevention and a benchmarking tool is informing the prioritisation for scaling–up local action.

• Support After Suicide – Alleviating the distress of those bereaved or affected by suicide and promoting the healthy recovery of the affected community continues to be a priority. We aim to increase the uptake of our suicide liaison service, Amparo, to utilise our community response plan in supporting those impacted by a suicide and to promote access to peer support through local SOBs groups and Liverpool’s Pauls Place.

• Intelligence – A Suicide Surveillance Group brings together multi-agency intelligence sharing and learning to provide us with a better understanding of the needs.

A Joint Suicide Audit for Cheshire & Merseyside brings together data from all nine local authority areas to provide on-going analysis of trends and improved information for practitioners.

Real Time Surveillance commenced in September 2017 and we continue to strengthen this programme to ensure there can be a rapid response to suspected suicides, alleviation of distress and prevention of further suicides.

The challenge for Cheshire & Merseyside will be similar to other areas in bringing together a co-ordinated action with such a broad range of partners.

However, the commitment of multiple partners, charities and champions across Cheshire & Merseyside in preventing suicide is building increased awareness, tackling the stigma and supporting improved provision for those in crisis.