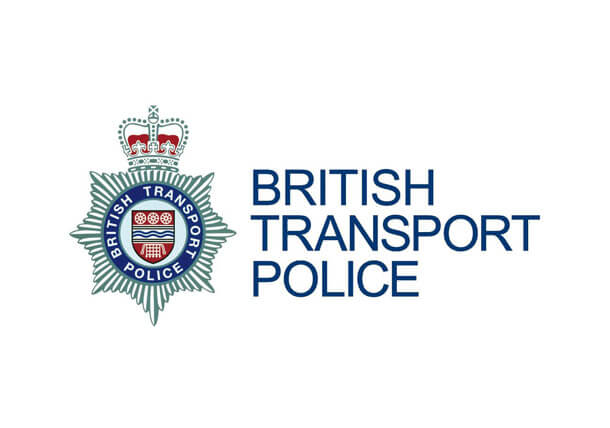 British Transport Police have been actively involved in suicide prevention work across Great Britain for many years.

On behalf of the NPCC, BTP have recently introduced a national intelligence collection plan pilot, to gather police information on suspected suicides from police forces in England, Wales and Police Scotland.

BTP police the railway, underground and most tram networks in Great Britain. In an average week BTP officers will deal with over 40 potential lifesaving interventions on the rail network, detaining around 30 people for their own safety under the Mental Health Act and deal with over 200 crises interventions involving individuals in acute emotional distress.

BTP officers also respond to suspected suicides and deal with incidents where individuals attempting to die by suicide are seriously injured.

Nearly ten years ago BTP, Network Rail and Transport for London collaborated to introduce a joint health and policing team. This joint team, with accredited mental health practitioners from NHS, enables the more effective referral of vulnerable people to acute mental health and primary care services for support and treatment.

BTP refers and signposts those at potential risk to health, social care for treatment and care and third sector voluntary groups for help and support.

BTP also support and work with numerous academic research projects to exploit the potential learning from their information and data.

BTP actively engage with numerous national and regional forums to share information, experiences and thinking to inform the introduction of new and improved services,  pathways and initiatives to reduce the risk of suicide.

Intervention, referral, signposting and support with case management through our joint health and Public protection and Vulnerability teams based in London, Birmingham, Leeds and Glasgow. using our Suicide Prevention Plan approach) and Safeguarding of people in crisis/suicidal circumstances.

Supporting the bereaved and those effected by suicide and conducting effective investigations.

Suppressing unnecessary communications and moderating announcements, news and social media reports to ensure they are in line with national guidance.

BTP employs two Divisional Suicide Prevention and Mental Health Teams in England and Wales which have NHS Psychiatric nurses embedded within them providing professional advice and support. Each year these teams will case manage some 2000 people who have presented on the railway in suicidal circumstances. A Suicide Prevention Plan is constructed for each individual and relevant referrals and exchanges of risk-based information made with partner agencies. This process has proved very successful with a very low return fatality rate of only 0.6%. The NHS resources in these teams are funded by Network Rail, Transport for London and NHS England.

BTP has a team in Scotland called the Concern Hub who deal with all suicidal presentations and follow the same Suicide Prevention Plan process, albeit they do not have imbedded NHS staff working with them.

We are very aware that people bereaved by the sudden death of a friend or family member are 65% more likely to attempt suicide if the deceased died by suicide than if they died by natural causes. This brings the absolute risk up to 1 in 10 and was revealed following new UCL research funded by the Medical Research Council.

Consequently, ensuring our officers are aware of this increased risk and that relevant referrals are made to safeguarding authorities or into local Public Health led initiatives, is an essential part of our approach. We also place some bereaved people on Suicide Prevention Plans where the risk is perceived to be acute.

We have also recently published our Charter to the Bereaved, aimed at ensuring consistent levels of support and investigation are delivered by BTP.

BTP is facing rising demand due to substantial increases in people attending the railway in crisis.