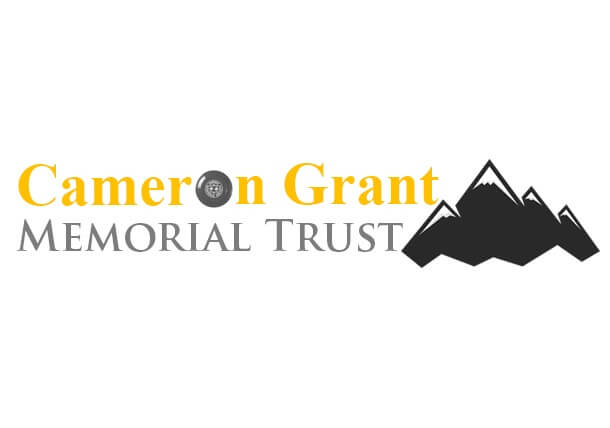 Cameron Grant took his own life aged 21 when he appeared outwardly happy and fulfilled at university. He suffered from depression for seven years before he died but Cameron hid his illness from everyone, and we only know about it from the letter he left. In his memory, Cameron’s family established the Cameron Grant Memorial Trust (Charity 1167221) to:

– Support all fighting to overcome poor mental health, especially young people, and especially where this can be done through outdoor activities

– Assist in the provision of education about mental health and wellbeing for all, and especially young people.

Poor Mental Health can affect anyone and there is no shame in having an illness and seeking help. By spreading this message openly and honestly, we hope to help many others in Cameron’s memory.

Cameron Grant Memorial Trust works to raise awareness of suicide, especially young suicide, and to connect those in crisis to services that can help. We work to encourage more openness about suicide and mental illness, and to reduce the stigma that still surrounds these subjects, so that those who are struggling find it easier to speak up and ask for help.

Our main project is Cameron’s Coasters; these are customised drink mats which we send to schools, universities, local pubs and sports clubs, and other communities to encourage people to get help. The aim is to put the helpline numbers most important for each community on their version of the Coaster with the aim of catching someone who is vulnerable with the right message at the right time. To date we have sent out over 540,000 Coasters to 70 universities, 19 Cambridge Colleges, 11 schools, 4 GP Practices, Dorset Healthcare University NHS Foundation Trust, Ricoh Arena and Wasps Rugby Club, other local sports clubs, IBM, Paddy Power Betfair, 16 Police Federations and the White Lion, our local pub. Cameron’s Coasters work just as well with a cup of coffee or a glass of water as they do with a pint of beer, and they are even quite handy around the house!

Customised Coasters are currently free to any community that needs them.

Solihull Suicide Prevention Group is the multi-agency body responsible for the implementation of the Suicide Prevention Strategy of Solihull Metropolitan Borough Council. Evan Grant has represented Cameron Grant Memorial Trust in this Group since December 2017 and is now chair of the Group.

Cameron Grant Memorial Trust is not directly involved in supporting those affected by suicide but does recognise the importance of this as a crucial part of any suicide prevention plan. As bereaved parents, Carol and Evan Grant have often met with other bereaved parents to offer informal, personal support at an individual level.

Our current priorities are:Extending the reach of Cameron’s Coaters into all UK Universities and into many more schools and FE Colleges.Running a successful pilot project with three McDonald’s restaurants in Rugby to raise awareness of mental health support available locally and to reduce stigma. Our campaign will run for a week from Thu 7 Feb, 2019, Time to Talk day.Developing a “campaign in a box” based on the pilot with McDonald’s that we can take as a proposition to other cafes and coffee shop chains as well as to more McDonald’s restaurants.Working with local governments across the West Midlands Combined Authority to share best practice and seek economies of scale on suicide prevention.

– Cameron’s Coasters are currently in half of the Universities in the UK; you can see which in our gallery on this webpage. We seek inspiration as to how we could best reach the other half of UK Universities.

– We have placed Coasters – and the related plastic cards – in several schools and FE colleges. Our challenge is to find a way to connect with multiple schools and colleges because there are too many of them to approach individually.

– Coasters are in use across England, Scotland and Wales, and we have versions in Gaelic and Welsh. Our aspiration is to reach the whole of the UK, but as yet we have had no success in Northern Ireland.

– Cameron’s Coasters are really beer mats, though we avoid use of the phrase “beer mat” in order not to mix beer and mental health. They would lend themselves to campaigns with breweries and pub companies who could use our design for short campaign periods. These organisations are printing beer mats anyway so are in a position to support mental health awareness at little additional cost. As yet we have not found a drink or pub company to take us up on this proposition.

– We also feel a similar approach could and should work with cafes and coffee shop chains, whether with Coasters or with cups carrying similar messages. But, pilot project with three McDonald’s restaurants apart (see Priorities above), we have made no headway.

– We have the challenge of being a family micro-charity and never have enough time to do all that we want for Cameron Grant Memorial Trust.