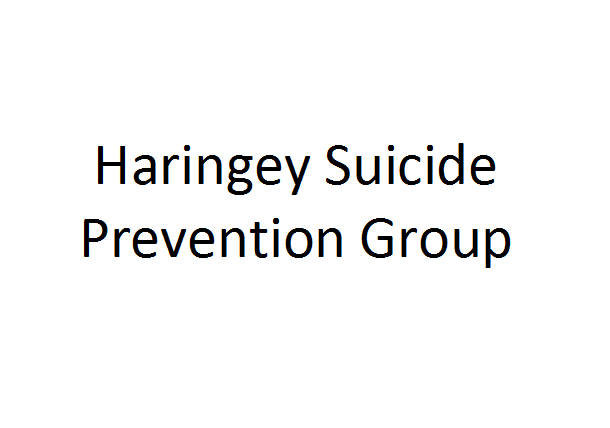 The Haringey Suicide Prevention Group is the inter-agency group that steers the suicide prevention strategy for the London Borough of Haringey, coordinating local action planning to reduce deaths from suicide and to support those affected by suicide, overseeing data and intelligence on suicide and liaising across agencies. The group has broad membership from statutory and non-statutory organisations involved in suicide prevention including: Haringey Public Health, the CCG, BEH-Mental Health Trust, GPs, Haringey Council, the coroner’s court, Haringey police and British transport police, youth, housing and other services, local charities and MPs.

The Haringey Suicide Prevention Group (HSPG) brings together those individuals, groups and agencies working to prevent suicide, to raise the profile of the issue of suicide, self-harm and bereavement by suicide within LB Haringey, to share knowledge and coordinate activities to prevent suicide.

The HSPG oversees the production of an up-to-date ‘suicide audit’ of local patterns, trends and factors, liaising with the coroner’s court, and using these data and intelligence on suicide to oversee the production of a local Suicide Prevention Action Plan. The group’s role is to monitor the implementation of the plan through its quarterly meetings and review suicide prevention needs, gaps and opportunities.

The HSPG provides an opportunity for different agencies to share experiences, and to be informed about existing and emerging evidence-based interventions relevant to the specific conditions of Haringey, and otherwise to learn about initiatives and lessons from wider suicide prevention networks, and to forge productive connections across agencies, as well as to feed into national policy debate on the prevention of suicide.

In the next 12 months the HSPG will continue its vital role as a forum for sharing experience and knowledge on suicide prevention. It will broaden participation, especially to representatives of different communities in the borough, as well as to relevant agencies not currently involved. HSPG will work to increase awareness of the issue of suicide locally, and increase backing for suicide prevention from senior leadership in the borough.

Based on data from the Haringey Suicide Audit on particular high risk groups, and on the mental health needs groups in the borough, and following the National Suicide Prevention Strategy’s six ‘areas of action’ framework, a plan of action has been finalised. The Plan identifies priority areas of intervention — the targeted actions of specific agencies, and areas of need for which interventions should be prioritised. The issues of data, access to means, suicide awareness and prevention training, CYP services and services for those bereaved by suicide are being addressed. The Health and Wellbeing Board has a key role in authorising and prioritising the plan. HSPG members who implement the plan are encouraged to develop outcome measures for interventions so as to allow monitoring.

Available data are not sufficient to identify the particular circumstances of the risk of suicide in Haringey. Members of HSPG have therefore undertaken a detailed review of cases in the North London corner’s court so as more clearly to identify locally-relevant factors that could be the focus of interventions.

Among the key challenges are:

– Identifying and meeting the needs of vulnerable groups (especially men, those socially isolated) who are not in contact with the health services but who might be at risk of suicide;

– Producing close to ‘real-time’ data on suicide and the particular circumstances of risk so as to inform public health planning, and ensure timely support for the bereaved and those affected by suicide (HSPG is working with the coroner on this);

– Raising the profile of suicide prevention within the local authority so as to prioritise support for interventions in a climate of resources constraint.