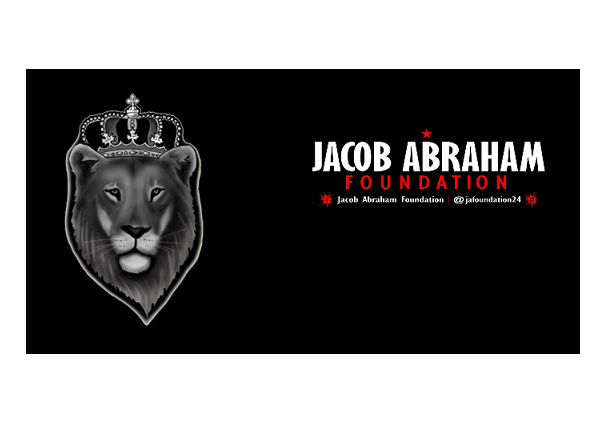 Our organisation was set up after our son Jacob Abraham took his own life in October 2015. Jacob was 24 years old, his death deeply shocked all that knew him as Jacob presented as a happy go lucky guy, who was funny, athletic, popular, handsome and with a family and lots of friends who loved him dearly. Jacob’s childhood best friend Andrew struggled with the death of his best friend and without any support to process his grief he too took his life 9 months later. Again Andrew was all the things Jacob was, with this double blow family, friends and community members were left in total devastation. Andrew and Jacob were just 2 of 17 young men to take their lives in our local and surrounding community in a 3-year period.

The community came together and raised thousands of pounds, with the money raised we decide to set up a foundation to support and educate the community on ‘suicide intervention and prevention’. A vision we had was to provide free training to community members in ‘suicide intervention and prevention’. We wanted people be able to recognise the signs of suicide, how to intervene effectively, and to keep someone safe. We commissioned a training provider called Safer Suicide London to deliver the training and to date we have trained just over 75 community members and professionals working with vulnerable groups on suicide first aid. Our aim is to get this figure in to the 100’s.

We have also developed a 40 minute workshop on Youth Suicide Prevention, working with Social Workers, Play Therapists and Counsellors who deliver this programme.  We also offer 8 weeks of well-being and mindfulness sessions and we are in the process of developing bereavement support for anyone affected by suicide.

We provide free suicide first aid training by Nick Barnes of Safer Suicide London; Nick Barnes is Managing Director of ‘Train on the Tracks’ Health Housing and Social Care Training & Vocational Qualifications. Nick Barnes is commissioned by our organisation to provide the training to approx. 15-20 people every 8 weeks. Nick is credible in the field of suicide and has provided excellent training thus far; the trustees regularly review use of Safer Suicide London.

We provide a web site and attend events that sign post people to various organisations, which could address troubling life stressful events which may lead them to the thought process and planning of suicide. These include charities that provide support, help and guidance around issues such as; gambling/debt, drug and alcohol, marriage guidance, bereavement, bullying, sexuality etc. We work in partnership and collaborate with other local charities and organisations who also provide us with additional resources.

The Jacob Abraham Foundation is currently working in collaboration with Valley and Vale Community Arts who have secured funding through the South Wales Police and Crime Commissioner’s Victim Fund to provide support to young people who are at risk of or who are vulnerable to suicide.  As part of this project we are currently in the process of consulting with young people in the development of a series of posters which will be encouraging young people to have the courage to speak up.

We have also developed a 40-minute ‘youth suicide prevention’ workshop that we run in after school clubs, colleges, and youth settings this is run by the following people:

Through personal experience we quickly learnt that there is very little support for people bereaved through suicide, and what we did find we had to actively search for in our hours of grief. Therefore, one of our aims is to provide support to people bereaved through suicide. We envision a monthly support group that would provide postvention skills which include self-care, practical safe mourning skills, which would be facilitated by a qualified practitioner, whom we would appoint to run these groups.  We would like to provide Comfort packs that will consist of bespoke comforting items for each member of a bereaved family, such as chocolates, soft blankets, picture frames, and voucher etc… The packs will also contain the ‘Help is at Hand’ booklet. We would like to provide a shared understanding and support for those affected by suicide. We would like to work closely with South Wales Police to identify families needing support after a sudden death.

We are currently working on a new innovative project called ‘suicide stings’ we are working in collaboration with Newlink Wales Wellbeing Service the project has been funded by Comic Relief.

We are looking to identify and engage with young men in need of support, by working alongside tattooists for young men over the age of 18 and working with Bee’s (yes Bee’s) for young men between 11-18 years old.

If just 25 tattooists were given suicide prevention training, with a typical rate of three clients a day they have the potential to reach out to 19,500 people a year. If just 1% of that 19,500 engagement manages to prevent suicide, that’s a saving to services of £331.5 million annually.

In the case of Jacob Abraham, after whom the Foundation is named, Jacob had a tattoo 15 days before he died. Jacob’s best friend also took his life 9 months after Jacob’s suicide. In that 9 month period he had the whole of his chest tattooed in Jacob’s memory. We believe there was a missed opportunity to have these open conversations. The issue spreads through communities of young men, and we need to do whatever we can to stop it. Tattoo artists give us an incredibly vital way in.

Tattooists will have the opportunity to attend our Suicide Brief Intervention training and will then receive specialist support from the Jacob Abraham Foundation to help give those further skills they’ll need to speak openly to young men about mental health and suicide. They will be provided with a list of organisations whereby they can signpost young men on for further support.

School workshops will be delivered teaching children the skills they need to increase their own resilience and to help a friend. We will give young people the opportunity to become Suicide Stings champions they will receive further training through a beekeeping experience day. There are many parallels between the skills we teach people in therapeutic settings and the skills we need for successful beekeeping. These skills include emotional regulation, distress tolerance, organisation, communication, empathy, mindfulness, wellness skills and environmental awareness.

Our biggest challenge is lack of income /funding in order to provide the man power and resources needed to sustain the foundation and provide a good service.